We Built This City On Rock & Roll

Credit where it's due - I'm not normally a Daily Mail fan (though did you know they have the world's number 1 most visited news website?), but when my Mum showed me this in their Live magazine, it was the first I'd heard of it.

Here's the picture (click on it for a closer look) and the Daily Mail article does a good job of explaining it, so click on that for the full story. 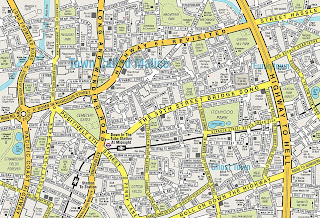 I've got form with maps on musical themes - a few years ago there was a Tube map created with each line a musical genre, and all the stations different artists, so the intersections were artists who straddled the appropriate genres. I bought it, framed it and stuck it on my wall. I would show you a photo but it's currently being re-framed after my removal guy to Denmark had an unfortunate coming together with a bridge in France. Anyway, that's another story...

You can buy the poster from the creators, an agency called Dorothy. I'd very much recommend you do because it'll look lovely next to your musical Tube map. Or is that just me?
Posted by MRW at 08:13 No comments:

Your bank card is not as cool as mine. 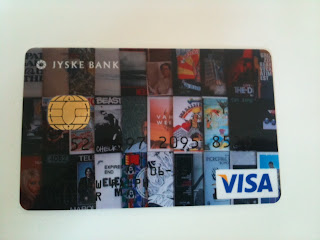 A series of Don Covay coincidences

Check this out. I listen to this record a lot - it's one of my favourites. And I listened to it just last week - so far, so unremarkable. The second track on it is Grant Green's Sookie Sookie (at 11 minutes on record it's less a slice of funk and more a whole loaf of it). Here it is.

Then the other day, Dan from the EPPA (who've picked up the torch that the Young Offenders Institute lit), posted this track on Facebook...

I'd never heard of Don Covay, so did some digging prompted by Dan. Turns out he wrote the original Sookie Sookie, which I never knew. Here's that.

Also turns out he wrote it with Steve Cropper, the brilliant guitarist from Booker T & The MG's...

Also one of the MG's was one of the best bassists ever - Donald "Duck" Dunn. Here he is, with Steve Cropper and Ray Charles, amongst others, in The Blues Brothers.

Which all leads back to the very sad news that Duck done died yesterday. So I'm glad I was remembering him anyway, thanks to Dan's mention of Don Covay. Funny how these things come about. Now excuse me while I get back to choosing which Don Covay track to put on The Monthly.
Posted by MRW at 14:57 No comments:

What time does The Roxy open?

As a parting gift when I left London, my friend, co-podcaster and stalwart of indie rock music, Chris, made me this CD. 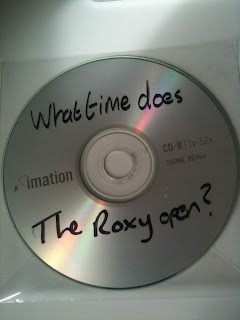 To explain, I'm gonna have to give you a little insight into Chris and my behaviour together. It's pretty immature, I'm pleased to say. We spent many a night in dingy Soho pubs doing what all men of our age do - harking back to the glory days of yesteryear. And of course music was central to that.

There's a club in London called The Roxy - it's nothing special, but nor is it the worst club in the world. But it does play music that you know. Which is always a bonus in my book. So "what time does The Roxy open?" became code for "I like the song that I'm hearing right now and could see myself enjoying it in The Roxy after 9 beers and no dinner". Like I said, kind of immature, but in a good way.

Now the fact that in our couple of years of Soho drinking we only went to The Roxy, I think, twice, didn't stop it becoming a motto for our friendship. So this CD was a very fitting way for him to see me off. And if you're still reading, you may be wondering what constitutes a WTDTRO track. I hope I don't need to point out that there's some humour in some of these choices...

As a nice postscript to this tale, recently our friend Nai emailed Chris and I this picture, saying it reminded her of us. Beautiful. 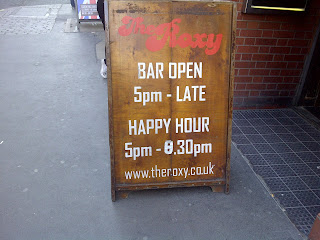 Nice way to start a Sunday...makes me want to go to France, big time.

Proof that Denmark's a funky country

On my resident application form... 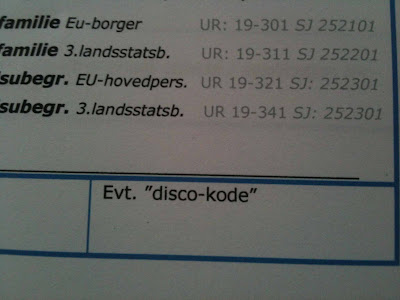